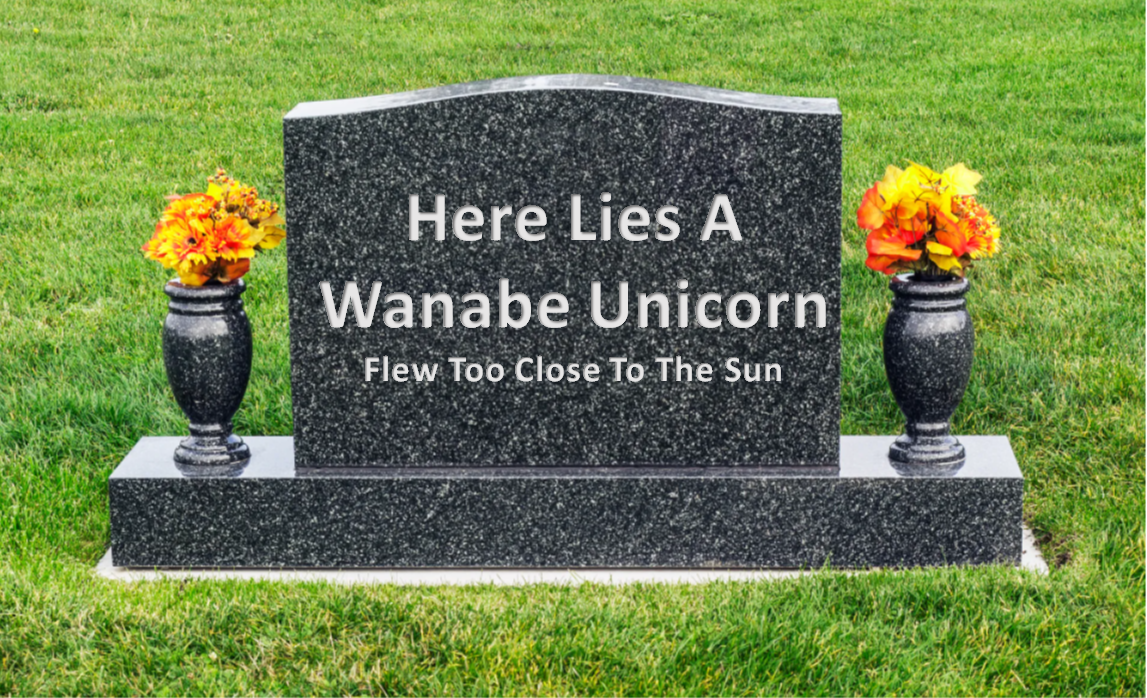 By Glen HellmanJune 6, 2022No Comments

Imagine you are a parent. You have three kids. You don’t give a crap about the kids as individuals. You take a portfolio approach to the family.  It doesn’t matter what happens to any of the kids individually as long as one of them grows up to cure cancer, it’s a win! The other two could wind up dead or in jail, but the portfolio of kids is highly profitable. Venture Capital is like that, except VC’s eat their children… haha I joke… kind of. A VC would never eat a child unless it was a Wagyu Youngster. No, really I’m joking. Some of my best friends are VCs.

Venture Capitalists are like Army Generals. When the Generals planned to storm the beaches of Normandy they didn’t say, “I love Bob, and Jim and Frank and Fred and Alice and Jamal. Maybe we should wait to take the beach after the Germans leave.” They knew that many good men would die. They didn’t weigh the value of each life storming the beaches that day. Of the first three companies that hit landing zones on Fox Green and Easy Red beaches, only 50 percent survived. The generals took a portfolio approach. D-day was a win unless maybe you were the parent, spouse, or offspring of the brave fallen heroes… then it was a loss.

It’s like that with Venture Capital and Startups… a parent would never say, well most parents would usually not say, “Hey Glen (yes even my parents wouldn’t say), why don’t you go storm that beach guarded by impenetrable concrete pill-boxes stocked full of machine guns.” That’s because parents don’t take a portfolio approach to their children. Most founders don’t take a portfolio approach to their startups. Founders are like parents and startups are like their children.

Many companies in the startup world are experiencing Death by Venture Capital. They’ve taken $20 million dollars or more from VC’s who are now pushing them to storm machine gun-infested beaches. They demand portfolio companies stretch to reach irrational valuations well in excess of $100 million forcing them to perform whatever unnatural acts it takes to turn good companies into the rarified air of unicorn status. Anything less than a $300 million exit is a loss.

These companies could be great companies. A great company doesn’t have to have a billion-dollar valuation to be a great company. I coach many private companies that have not taken outside investment. I can think of a few that are shedding profits to their founders of a million dollars a year or more. These companies may never realize an IPO or acquisition. they just generate profits. No VC would allow such a failure.

I don’t know how you measure company success, but a million dollars a year in income without having some freshly minted Wharton turkey on my board telling me what he would do if he knew what he was doing if he ever did anything in his life besides reading a book, passing an exam, hitting a little ball with a mallet while riding a polo pony, and regurgitating the business bloviations of his finance professor who never ran a company either during your board meetings seems like success to me.

When  I was stupid, yesterday and probably 15 minutes from now, or more accurately when I was an Angel Investor I invested in two horrible companies and many good companies. The best? Kevin Lenane and Veenome. Before I tell you why he was the best later, let me compare him to another great company.

This company, like too many very good DC companies, took ass-loads of venture capital money. As soon as they took the big bucks for a $30 million-plus valuation. These founders signed up to storm a machine gun-infested beach while armed to the teeth with a SpongeBob toothbrush.

When the Founder/CEO was thinking about taking on an institutional VC investor I had a conversation with him about the difference between being famous… and being successful. That VC would force him to run at such a pace that either he’d win or more likely his heart would explode. That he had a higher probability to be famous for failing than becoming rich and famous for winning. I was arguing for my best interest. I wanted an exit.

When I invested at a $3 Million valuation I would have been overjoyed if the founder sold the company for $30 million dollars. In fact, if an investor is willing to invest at a $30 million valuation there is probably a company out there willing to outright buy this company for $25 to $35 million within the next year. The founder could have easily been worth over $10 million in the bank and not on paper. (Note: When the company did eventually sell, 6 years later, the CEO made a lot of money… but less money than if he had sold the company 6 years earlier, prior to taking VC money. He would have made more money, sooner at less risk.)

Instead, As soon as a company accepts $10 million at a $30 million valuation they just moved the required purchase price to $300 million and the purchase date out by 5 years. That’s a lot of machine-gun nest storming:

Now let’s talk about Kevin and Veenome. Kevin held quarterly investor calls with his angel investors. He kept us informed of what he was doing, and his plans and asked for advice. He was clear that he wanted to limit burn so he wouldn’t have to raise a large institutional round at an unreasonable valuation that would reduce his odds and my odds of profiting from an exit.

I have money invested in startups that have since taken a Venture Capital investment. These are good companies. Very good companies with very good leadership teams. But I’m not betting on seeing any return on my investment. I have common stock, the VCs have preferred. These companies are being pushed to be something they are not and that may be the death of these un-unicornly-looking unicorn-hopeful non-unicorn companies.

When CEOs fail to do the impossible they get pushed aside. Someone else is brought in to run the baby. Failure to obtain unreasonable goals leads to more rounds, down rounds, more dilution, and being pushed down in preference on the cap table. Venture-backed companies are more likely to be liquidated for assets or to exit with the preferred stockholders keeping all the cash, leaving the first investors and the founders empty-handed.

I was speaking with a smart young founder of a highly interesting startup. I asked him about his plans for his company. He said to build something big. How big? Real Big. Then I asked if someone offered you $10 million for your company today would you take it. He said no. I then said, “I want you to think about this. Let’s say I offered you $10 million dollars for the company. Your portion would be $5 million. Now picture $5 million in cash sitting there in front of you on your desk… do you take it?” Guess what this smart kid said?

This kid and his partner are generating positive cash flow. They can afford to grow through organic investment. They are more likely to obtain a $10 million exit in 5 years than a $200 million exit if they accelerate growth with a $10 million Venture Capital investment. With the VC money, their odds of walking away with anything go way down.

And that my friends is Death by Venture Capital.

See the first two of this series here: