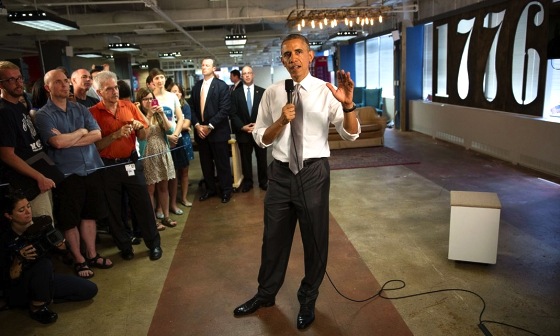 Eisenhower talked about the Military-Industrial Complex, an ecosystem of companies, and lobbyists that profit from war and national insecurity while soldiers and America pay the bill. It’s Raytheon and Northrup Gruman and Boeing’s needs served before the needs of the people.

There’s a Farming Industrial Complex that dictates farm subsidies and ethanol as a hand-out to the farm lobby. Hey, ethanol burns more carbon emissions to make than it reduces and it cost more to make than the gasoline it “enhances.”

Big oil has an ecosystem that results in tax breaks. Big oil sets our national interests hand and hand with the Military-Industrial Complex. The result? We fight “tyranny” where there’s oil and ignore genocide where there’s not.

There’s a Prison Industrial Complex where private companies benefit from the war on drugs. Because of these policies, we lead the world in percent of population in prison for the benefit of private prisons, prison service providers, and industry that profits from slave laborers working for pennies an hour in repentance for using cocaine.

How about the Startup Industrial Complex (SIC)?

The SIC is composed of a few quality Accelerators and a ton of crappy Accelerators that are just a bust to the current boom away from failure. Startups in themselves with less than 10% odds of being successful. These are the Accelerators that keep screaming they’re going to replace traditional Venture Capitalists (VC). The new guys constantly declaring the death of the VC. Well as Mark Twain would say, reports of the death of the VC have been greatly exaggerated. VCs have been around for multiple boom to bust cycles and been around since funding Thomas Edison.  They’ll be here after the next bust and after the last Accelerator closes their door.

You have the LinkBait Press that barely change a word in the press releases they reprint. No critical analysis, very little original thought. You know the culprits, TechCrunch, Mashable, PandoDaily, others. These story-hungry, critical-averse, “journalists,” with an insatiable hunger for eyeballs that drives them to celebrate the dropping of any turd. With their TigerBeat need to create the cult of startup personality because, without heroes, there can be no hero worship.

Throw in the co-working spaces, the lawyers, the service providers, and the trolls like me and you have the Startup Industrial Complex.

Yesterday, I was invited to my neighborhood poker game. I was skinned by a bunch of guys who’ve played together for 10 years. They saw this sucker coming from miles away. I was sheered like the poor startup founding suckers who risk everything… their sweat, their cash, their reputations on a flawed dream that has such a small chance of winning the pot, while the others at the table are guaranteed to profit.

I came to that poker game hopeful of coming home a winner. I went home with an empty wallet. The Startup Industrial Complex prays on our hopes and dreams like that hopeful sucker heading to a night of amateur poker with a bunch of card sharks. It puffs up a market, inflates expectations, over publicizes the jackpots while minimizing the losers. It’s what one bright serial entrepreneur, Ron Schmelzer calls the Startup Vortex because it sucks you in and never lets you go.

Here’s what you should keep in mind before you jump into the vortex:

*Footnote: I’m not saying that service providers have nefarious, evil intentions. Some do, most don’t. Just understand for instance, that a lawyer runs a free pitch competition because they want you to get funded and use them for corporate funding round. Understand that the Pay-to-Play pitch groups, are event businesses and make a profit from the event fees and sponsorships. They make money whether you or anyone gets funded or not.