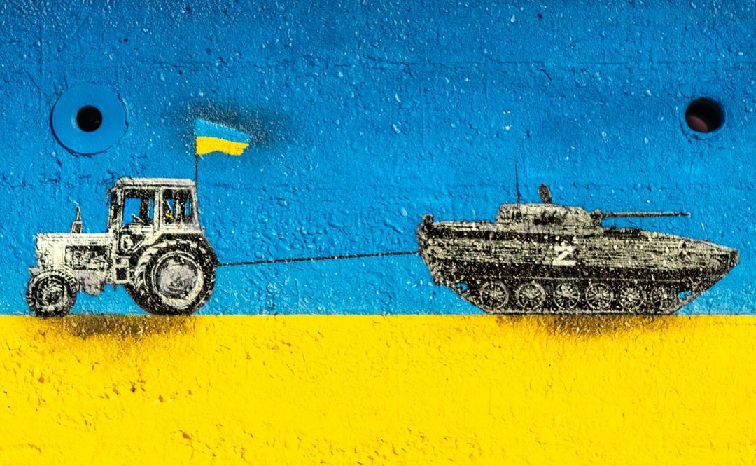 Hungry? Have a little culture for lunch.

How about some real-world proof?

On February 24, 2022, Russia, the second most powerful military force in the world (as ranked by Global Firepower) invaded #22 ranked Ukraine.  The Russians planned to take Kyiv within the 1st week of the invasion. As of this writing over 5 weeks later, the Russians have failed to meet the majority of their objectives and the Russians abandoned their ambitions to take Kyiv.

NATO estimates that between 7,000 to 15,000 Russian soldiers have given their lives, with double that being injured and unable to return to battle. Ukraine reports its losses at 1,300 soldiers KIA. Russian generals are dropping faster than the Washington Commanders football team changes names. The Russians are losing leaders faster than Commander fans lose hope of making the playoffs. The Putin regime has lost, 7 Generals and that doesn’t count all the generals and government ministers who “accidentally” fell out of their 17th-floor Moscow apartment windows.

According to reports, Ukraine has approximately 2,550 tanks and lost an estimated 74 while capturing 117 from Russia for a net add of 43 tanks. Every day there’s a new video of Ukrainian farmers towing away a tank and don’t be surprised to see tanks plowing Ukrainian wheat fields when the fighting is over.

In war, the attacker has the advantage of advanced strategic planning. A brilliant business strategist once said,

“Everyone has a plan until they are punched in the mouth.” — Mike Tyson

As soon as you get punched, as soon as a bunch of farmers run away with your tanks, culture takes over for strategy.

How does a larger military force equipped with superior numbers of state-of-the-art, armor, artillery, and air power suffer so many losses to a smaller force? It starts from the top.

In his just over 20 years in power, Vladimir Putin has gone from a regular schmoo to one of the wealthiest men in the world by pirating the wealth of the Russian people. He demands tribute from the oligarchs that have usurped the riches of the nation. It is only natural that those in the chain of command, pocket money allocated for equipment maintenance. The siphoning of rubles is standard operating procedure in Putin’s kleptocracy. The result… tires rot, engines seize, missiles miss fire, equipment fails. Just like a snake, the Russian bear rots from its head.

How does Ukraine hold off the 2nd most powerful military in the world? A culture of distributed leadership against a Russian culture of top-down military decision-making. Russian military doctrine is a strict beurocratic top-down management structure. Up until the fall of the Soviet Union, this was how Ukraine’s military was organized. yet over the last 30 years, Ukraine adopted more western leadership styles, giving more autonomy to the leaders on the ground.

In his book Drive, Daniel Pink, says two key cultural motivational forces are autonomy and higher purpose. Higher purpose… defending your homeland and autonomy beat, the purpose of  the Russian soldier which appears to be, “why the heck am I here.”

Culture drives morale and Russian soldiers who don’t know why they’re where they don’t know where they are, are getting trounced by people fighting for their homes. Outmanned and outgunned, the Ukrainians are holding off their attackers with autonomous on-the-ground leadership and purpose.

Culture beats strategy for lunch and right now Ukraine, while taking many punches, is dining on Russian delicacies. Sometimes the hunted eats the bear.

Want to talk about culture or strategy? How about a no-obligation, one-hour coaching session. Press that little button down there to schedule.