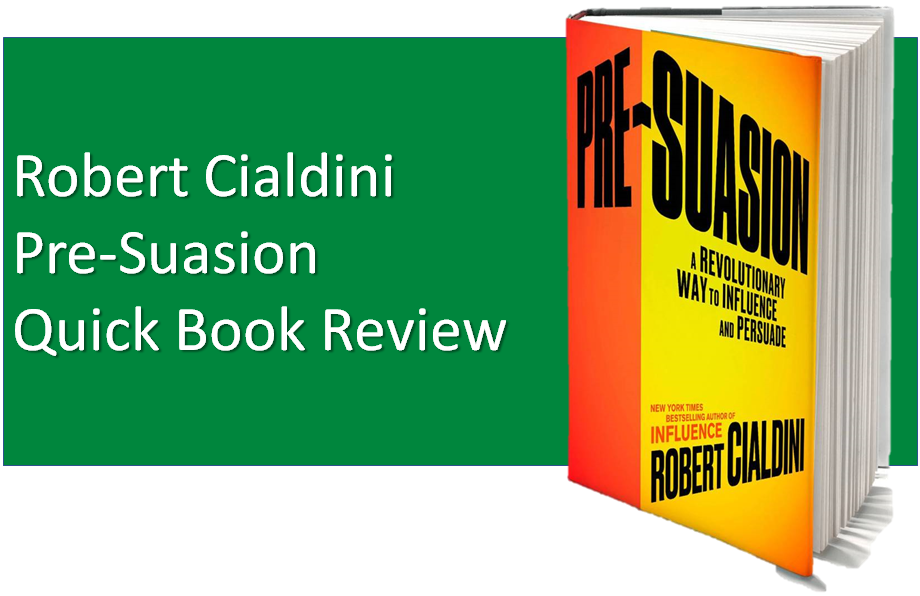 Cialdini’s Pre-suasion – The Science of Selling

By Glen HellmanJanuary 2, 2022No Comments

Dr. Robert Cialdini is a pioneer in the science of neuro-marketing or influencing behavior through neuroscience. In his seminal book Influence Dr. Cialdini outlines the six principles of influence:

Cialdini’s newest book, Pre-suasion, unveils the seventh principle. What is it?

Putting it all together

My buddy Skippy, who use to read this blog and comment on it and make me laugh and who I am told is still out there somewhere, use to argue with me that sales is to science like creationism is a science. He would argue that sales has as much in common with science as Papa John’s Pizza has to real Pizza (people from Joisey know the difference).  Sales is a science just as physics is a science. Sales is mathematical… Make 1000 contacts, get a certain number of leads, which turn into a certain number of orders. Want to change the odds? Want to increase the conversion rate of contacts to orders? Learn the neuroscience of influence. Read Cialdini.

Want to discuss neuroscience and the science of influence? Want to know how to apply these principles to leadership, sales, relationships? Why don’t you try a coaching session? I’m an executive coach and I help people figure out what to do and then hold them accountable to do it. If you are looking for a coach, try a no-obligation, complimentary, online coaching session. There are only a few slots left and then there will never ever be any more available… so hurry and press that little green button to schedule your session now before it’s too late!