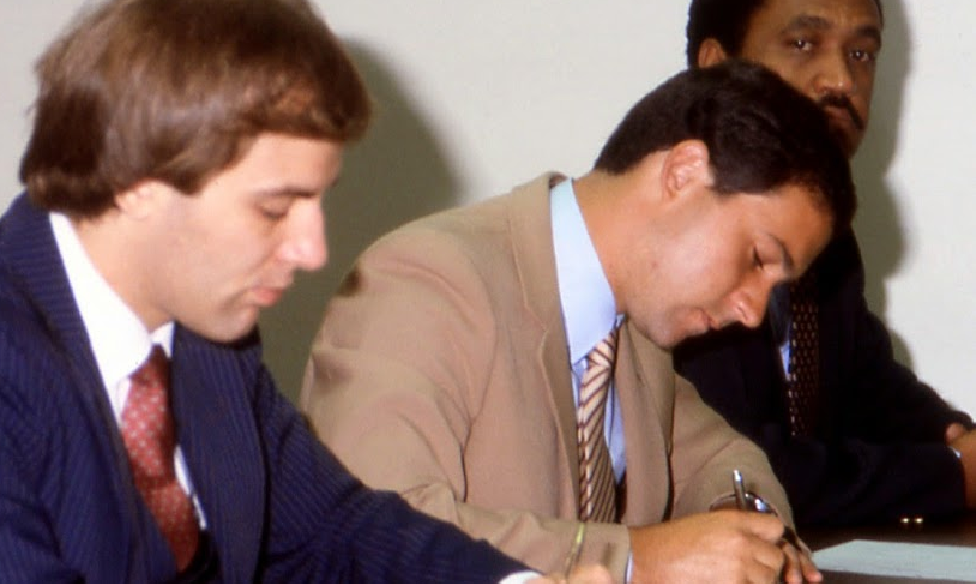 Being Your 24-Year-Old Self

By Glen HellmanJanuary 2, 2022No Comments

It’s difficult to believe a bumblebee can fly. If you just look at the size of the body, the thin, undersized wings, the weight-to-lift-ratio (which is something that just tumbled off my fingertips in an attempt to appear like I know what I’m talking about. Trust me. I don’t.)… it begs the question… how does that thing get off the ground? I have a theory… no one ever told that bee it couldn’t fly. The bumblebee is a lot like our 24-year-old selves.

This week, I received an email.

Being retired, living in NC, sailing, fishing, and generally enjoying life, I am pretty out of touch with the Washington business scene. I have no idea why I “occasionally” look at Linkedin, but here you are!

I assume you will remember me as the guy that hired you at Lexitron. I’ll never forget your offer, “give me 90 days, and if i don’t work out, I’ll leave”. Just that degree of “unsubstantiated” confidence caused me to give you a shot. I knew it would be, at least, entertaining, but deep down I knew you would make it.

Obviously, you’ve come a long way. I’m happy for you. By the way, being cranky is a good thing.

When I was 23, I walked into the office of an early high-tech, high-flyer, Lexitron. I didn’t have an appointment. I had no relevant work experience. I was armed with a 2.3 GPA, a University of Maryland Diploma, a Bachelor of Arts in General Studies, a shoeshine, and a smile. Lexitron was a high-flying startup. The company developed the first-word processor with a screen. It was an $18,000, 32K of Ram, 8-bit z80, processor-based precursor to the PC. UMD had one which I used to type my resume, and I was hooked. I was going to work for that company.

Dressed in my new suit and tie, armed with a big boy briefcase, I drove from College Park, MD to Rosslyn Va. I walked into the office and asked for the guy who ran the place. That’s when I met Steve Snyder. Steve was the Regional Manager. He managed a kingdom of 3 branches, and 80 salespeople, sales engineers, and techs. So, of course, he had nothing better to do than meet with a sub-par, meathead, college graduate, dressed in a shiny new suit with a big boy briefcase.

The receptionist called him and he actually came out to meet me. I guess he was amused because he walked this kid who had no right to be there back to his office and offered me a seat. We talked for a minute. He was having so much fun he invited two of his branch managers to watch the show… Chuck Roth and Norm Galvin.  The three of them explained to me that Lexitron didn’t hire rookies. Lexitron had no sales training program. They only hired veteran salespeople from top tech companies of the day… Xerox and IBM.  They didn’t have a place for someone like me.

Now I’m from New Jersey, and that is not to say, I’m brash and pugnacious. That’s just to say that the best state to be from and not in is New Jersey. My parents had made it clear that if I didn’t have a job, by the end of the month, I was not going to be from New Jersey… I was going to be back in New Jersey.  These pioneering scions of DCTech didn’t realize the hopelessness of their situation.  They had no way of knowing they were facing a kid with a gun to his head. I was desperate!

And like Steve said in his note, when these guys told me to go away I came back at them hard. I offered to work for free. I offered to carry the bags of their more experienced salespeople as I learned the trade. I told them that if I didn’t earn my keep in 90 days, I’d leave with no fuss.

They asked me to leave them for a minute and in about 30 minutes, they came out and I was told that I’d be working for Chuck Roth. Chuck gave me the worst accounts in his territory, several underfunded government agencies like the Consumer Product Protection Agency, the Veterans Administration with no install base. Nobody told this bumblebee he couldn’t fly so it got off the ground.

In my first year, I sold a few units. I squeaked past my quota, earned passage to the President’s Club Trip in St. Thomas. Nobody told me that a rookie, no-experience, sales-nube couldn’t make his number. 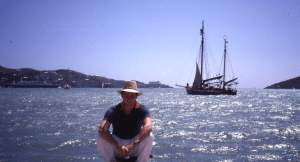 And then I went to a party on The Hill of graduates from my Fraternity from colleges all over the country. I met a man there named Hugh Carter... the head of Administration for and cousin to a man named Jimmy Carter. I told him, about Lexitron. He told me he didn’t deal with purchasing overpriced typewriters. He mentioned a guy named Ralph Peck who did.

The next day, I told my boss, that I had an in at the White House, because shaking hands with the cousin of the President, and having the name of the guy who buys is an in… right? Chuck gave me the territory. I called Ralph Peck and told him his boss told me to call and that was that. At 24 years old, I had a White House pass, a parking space inside the gates between the Old Executive Office Building and I roamed the halls of the White House selling word processors.

Nobody told me a 24-year old couldn’t sell a million dollars worth of computer equipment to the White House. I did okay at Lexitron finishing in the top 5 of 200 salespeople in the next 2 years before being promoted to a sales manager of a $20 Million branch.

Now besides the humble-brag, what is the point?

I credit that string of events to 3 forces, and not to superior intellect or ability.

If someone told the bumblebee that it couldn’t fly… it wouldn’t try. If someone told me you don’t go into an office and say you won’t leave until they hire you… I would have been a sales clerk at a department store (not that there’s anything wrong with that).

Have you hit a wall in your business? Are you holding back from doing something because you’re afraid of failure? Are you listening to 40-year-old self-talk that says you cannot fly? Maybe you could use a coach or a peer advisory group to help you take wing. Try a no-obligation, complimentary, online coaching session by pressing scheduling a meeting today.