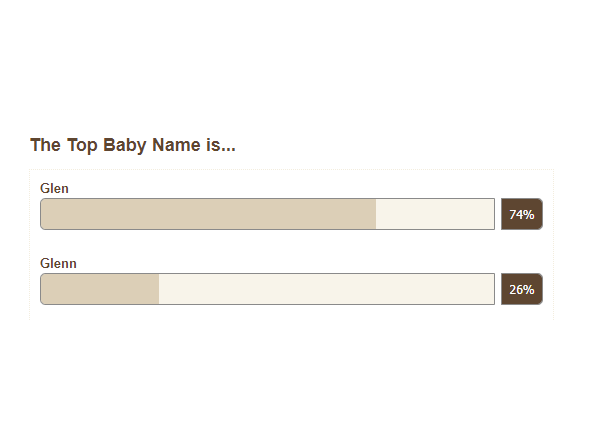 What’s In A Name?

By Glen HellmanJanuary 12, 2023No Comments

My name is Glen, not Glenn, not that there’s anything wrong with Glenn. Except maybe the pomposity of using 5 letters when 4 would do just fine?

Do you pronounce Glen differently than Glenn? Do I need to stutter that second n, or pronounce it like the m in hmmmm?

My name is Glen, so why do people insist on expending 20% more energy to call me Glenn? Why would they spend more energy spelling my name wrong? It seems like they’re going through a little more effort to insult me. If my name was Glenn, I would not be as offended if someone called me Glen because it would show that the person was efficiently erroring.

Now let’s talk about parents. What was going through their minds when they added the extra, unneeded, superfluous n? Was the local jurisdiction that doled out birth certificates running a sale? Was there a “get a 5-letter given-name for the cost of 4 special,” running on the day Glenn was born?

Glenn vs Glen – What’s the difference?

Glen is a related term of glenn.

As a noun glen is a secluded and narrow valley; a dale; a depression between hills.

Geeze, that doesn’t help… Glen is a depression?

My name is Glen, and yet I can’t tell you how many times people write me notes addressed to someone else named Glenn. Now I can understand the misspelling, but if you’re unsure, why not go with the 4 letter version first? It takes less energy; if you’re going to be wrong, why not be wrong with less effort? Also, in an actual recent poll, respondents had a 74% preference for Glen to Glenn.

So you, Glenns of the world, sorry, your parents screwed up… but the correct spelling is Glen!