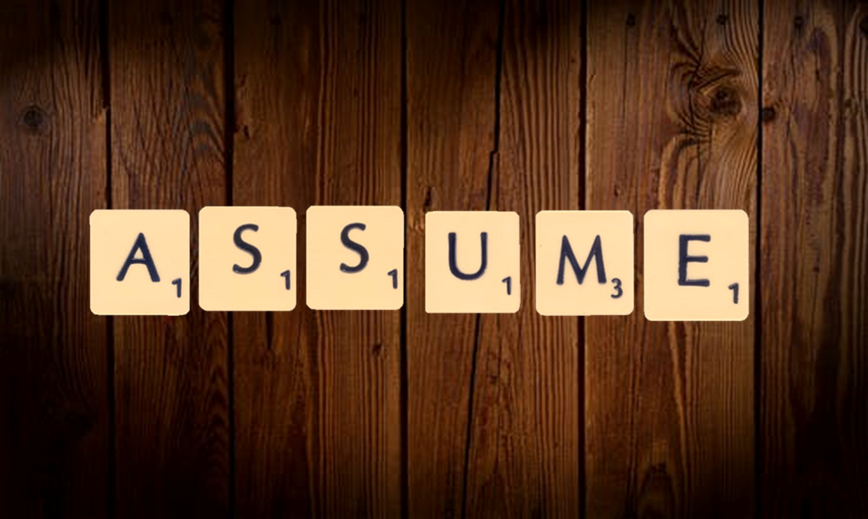 By Glen HellmanFebruary 16, 2022No Comments

You know the trouble with assumptions right?

Assumptions are not facts…. haha I bet you just assumed I was going to say that assumptions make an Ass of U & Me… the old trite assume joke.. which disappoints me that you assumed I’d be so unimaginative and predictable.

In business and in life assumptions are useful and dangerous. What are some of the assumptions business people make every day that sabotage their goals?

Want to explore what assumptions are sabotaging your business? Want to have your assumptions challenged? Find out what it’s like to be coached by a person trained to challenge your thinking… to help you get past assumptions… to help you get better. Schedule a complimentary, no-obligation coaching session by pressing that little green button below.