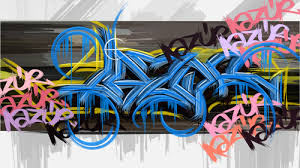 Graffiti on The Office Wall

By Glen HellmanJanuary 19, 2022No Comments

Subway safety can’t solely be attributed to the elimination of graffiti yet it was an important part. Psychological studies indicate that graffiti signifies a lack of rules.It signals anarchy. Subway graffiti was a signal to petty crooks that regular rules of society did not apply here.

When I was a turn-around CEO one of my first policies instituted upon joining a “failing” team was a “No Graffiti” policy. In business that meant zero tolerance for lateness. Meetings start on time. People meet their commitments. There are consequences for missing them.

No graffiti for my team meant no graffiti for me. I had to model and adhere to the behavior I was dictating. I wasn’t on time for anything… I was early for everything. When I made commitments, I delivered early and if I was going to miss a deadline, a commitment to the team, I made sure they knew well in advance that there was an issue and the cause.

So here’s the question, here’s the point… how much graffiti have you tolerated in your office?  Be aware of sloppy execution.  Be aware how you show up at work. Think about the signals you’re sending. Set an intentional tone. Create an intentional culture of high performance.

If you’re the one writing on the wall, how can you judge others by their urban art? If you’re tolerating graffiti you’re an enabler of sloppy execution. We get the culture we tolerate….. wipe out graffiti in the office.

Want to discuss Graffiti on your office wall? Want to know what it feels like to have a coach in your corner? Try a no-obligation, complimentary, online one-on-one coaching session by pressing that little button right down there.