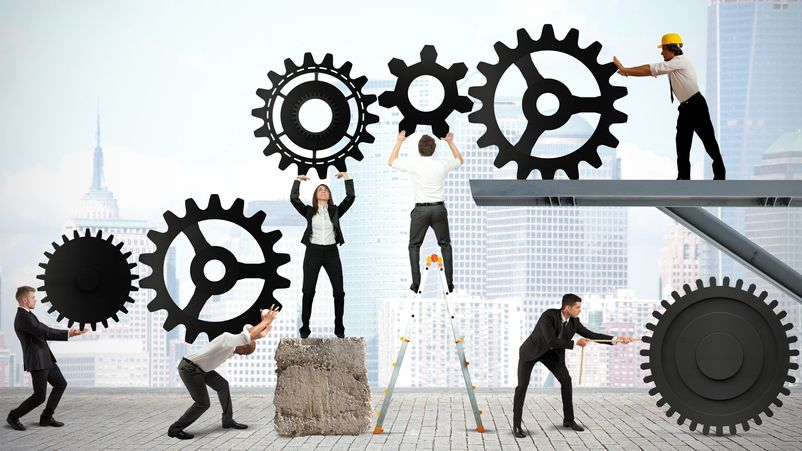 Execution…. always the next big thing

Lightning in a bottle is the rare mixture of Secret Sauce and execution.  What’s Apple’s Secret Sauce? How about Google’s or Facebook’s? These companies are evolutionary, not revolutionary.  Apple with its iconic iPhone and iPad products are the epitome of execution over secret sauce.  Innovation and proprietary IP have not led to the rise of Apple as much as perfecting existing technology through design aesthetics, ecosystem,  and ease-of-use.

If anything, execution and not secret sauce has been Apple’s secret to success.

Apple is not defined by any one product.  Instead, it is defined by its ability to take that which has been done by others, simplify it, add style, a coolness factor, and then market the crap out of it. Apple’s continued success in reinventing itself and redefining markets is the very definition of great execution.  It isn’t the product, it is the company, it is the team and culture created by Steve Jobs.

Google’s search algorithm to optimize and produce a better search result is not the key to the company’s success.  The algorithm is not the killer differentiating factor that catapulted Google to a $600 Billion company.  Most proficient computer science grad students at most universities could independently create an algorithm that produces similar results without infringing on Google’s trade secrets. 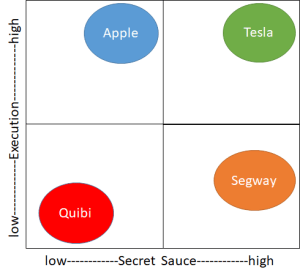 It is my contention that finding a company, like Tesla, that is both high in secret sauce and execution is rare indeed and that such a company is the definition of lightning in a bottle.  When you find the blue dot in the diagram above, you’ve found something very rare and very special.

When you find the orange dot, the Segway’s and Tivo’s of the world, you have found a really cool idea that probably isn’t going to be crossing any chasms. The technology landscape is littered with Osborne-Computer-like failures of poor execution that paved the way for evolutionary teams to execute and monetize someone else’s great idea.