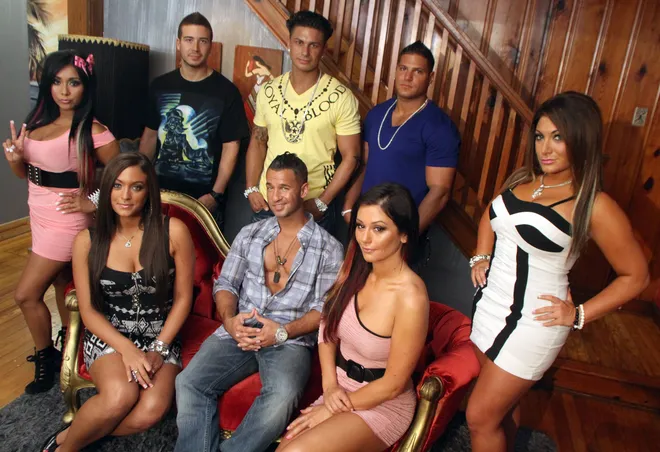 The Jersey-Shore-ification of Startup Life

By Glen HellmanNovember 13, 2022No Comments

There’s a slightly dangerous blurred line between reality and the Jersey Shore TV show….. at least I hope there is. You see I grew up in Jersey and spent a lot of time on the shore. Granted it’s been about 40 years since this kid was beach bar hopping, but besides texting, sexting, and the emergence of scary life-threatening STDs that can’t be cured with penicillin… reality could not have changed that much… could it?

There is no way this so-called “Reality” TV Show resembles reality. This may be news to you but in reality being an unattractive, classless, brainless slob is not an easily monetized asset. Well, unless you’re running for office… maybe.

The problem with shows like Bravo’s Start-ups is its fictionalized reality.  The problem with Shark Tank is that no one would watch the drying paint of an actual venture financing round. So reality takes a back seat on that reality show. These shows glorify, simplify, emphasize the interesting, and edit out the necessary tediously boring important stuff that happens before the glory.

I may be 40 years away from hanging at the shore, yet I have more recent and more relevant money-raising and company founding experience…. and nothing I’ve seen on these Jersey-Shore-ification versions of startup life resemble any form of reality I’ve ever lived.

‘It’s only called reality TV because that’s better marketing than calling it what it is…. Entertainment For People Too Lazy To Think.”

If Shark Tank is what inspired you to be a startup founder… maybe you should start watching Star Trek, because you’re just as likely to be a starship commander as a winner in the startup life.

Remember this crap is TV. It’s “entertainment” and it’s not educational. Imagine what would happen to a CIA operative who learned her tradecraft from watching James Bond movies. Don’t be the Maxwell Smart of startup founders.