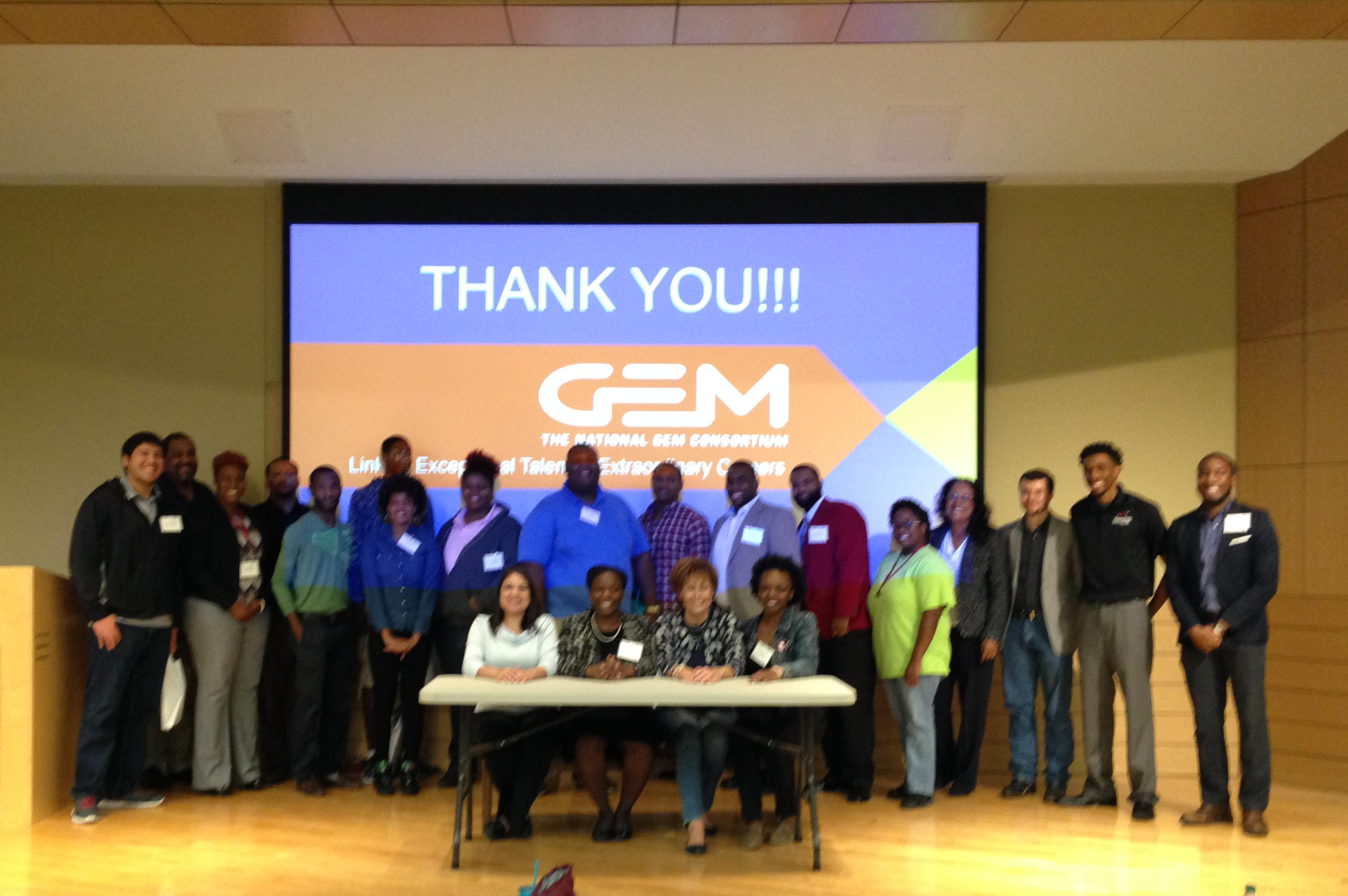 GEM Fellowship – Worth Your Support

What do the former CEO of Xerox, The President of the University of Maryland, Michigan University’s Engineering Dean, and a NASA Senior Scientist honored by the Academy of Motion Pictures for her contributions to an award-winning film, all have in common? I mean besides that they are all brilliant engineers or all men and women of color?

They are all GEM Fellowship Alumni.

Founded in 1976 at the University of Notre Dame, we have operated quietly and steadily to graduate over 4,000 researchers, professors, entrepreneurs, inventors, and business leaders, including over 200 men and women with doctorates in the physical sciences, life sciences, and engineering.

The mission of The National GEM Consortium is to enhance the value of the nation’s human capital by increasing the participation of underrepresented groups (African Americans, American Indians, and Hispanic Americans) at the master’s and doctoral levels in engineering and science

The National Consortium for Graduate Degrees for Minorities in Engineering and Science, Inc. (GEM), provides tuition and a stipend for room and board to qualifying applicants and partners with a plethora (a word that I was informed by one GEM Fellow would make me seem more intelligent) of top universities including many Ivys and of course, the Harvard of College Park Maryland, The University of Maryland (list of Universities)

As part of the UMD and NSF I-Corps team, I had the good fortune to participate in a recent GEM conference at Carnegie Mellon. I spent two days interacting with the incoming class of GEM Fellows who are about to attend a host of universities including, UMD, Carnegie Mellon, and NC State.

My take away from these few days? If you are concerned about the trajectory of American Democracy as of late, spending time speaking with these young men and women will renew your faith in the future of America. The next generation of intelligent, science-respecting, well-informed American leaders were at this conference. I am totally sold on the program.

To learn more, check out the GEM website here.