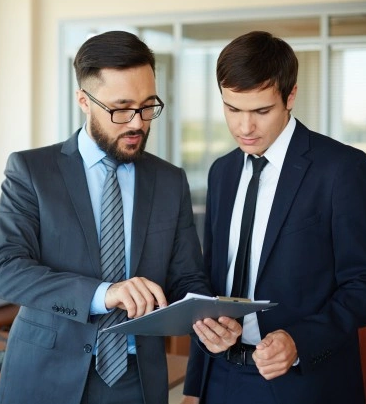 By Glen HellmanMarch 11, 2022No Comments

When a client asks me, “What would you do?” My answer is, “I could tell you what I’d do and it would work… if you were me. What are you going to do?” and then we work on a plan.

A few general rules. Keep it private. Keep it specific and not personal. Focus the conversation on the behavior or action and not the person. Don’t let too much time lapse between the observation of the infraction and the conversation about it. With those tips in mind, let’s go through the four-step process.

First, think about why are you critiquing this person’s behavior? Because you hate them? Because you want them to fail? If that’s true, why give them feedback, why not just can them. You are working with them because you are dependent on their success. You need them to perform so you can succeed. The first step in giving good critical feedback is to let the person know why you’re criticizing them. It goes something like this,

“You’re a member of my team and I care about my team. I need you to succeed and that’s why we’re having this talk.”

Second, speak in specifics. Don’t talk about abstractions. Don’t use absolutes like always. Talk about the specific behavior or action you observed and want corrected. Say something like this.

“When I listened to you with that customer, I was wondering if you could have spent more time asking questions and getting the client to open up.”

That works better than saying, why don’t you ever shut your mouth!

Third, show some empathy. Get in the boat with the person. Disarm them with a story about you. How? Like this,

“I remember when I was new to sales, I thought the key to selling was telling. When my mentor pulled me aside, and let me know that getting the customer to sell themselves by asking questions had a high success rate, I realized I was missing a huge opportunity.”

Fourth, get buy-in and a commitment. Discuss what you just went over and make sure the target of your criticism gets it. Then ask them what they plan to do about it.

There are judgemental phrases you should avoid.

Want to talk leadership? Want to develop your skills as an executive coach? Want to learn more? Press that little great button down there and schedule a complimentary, online, one-on-one coaching session.