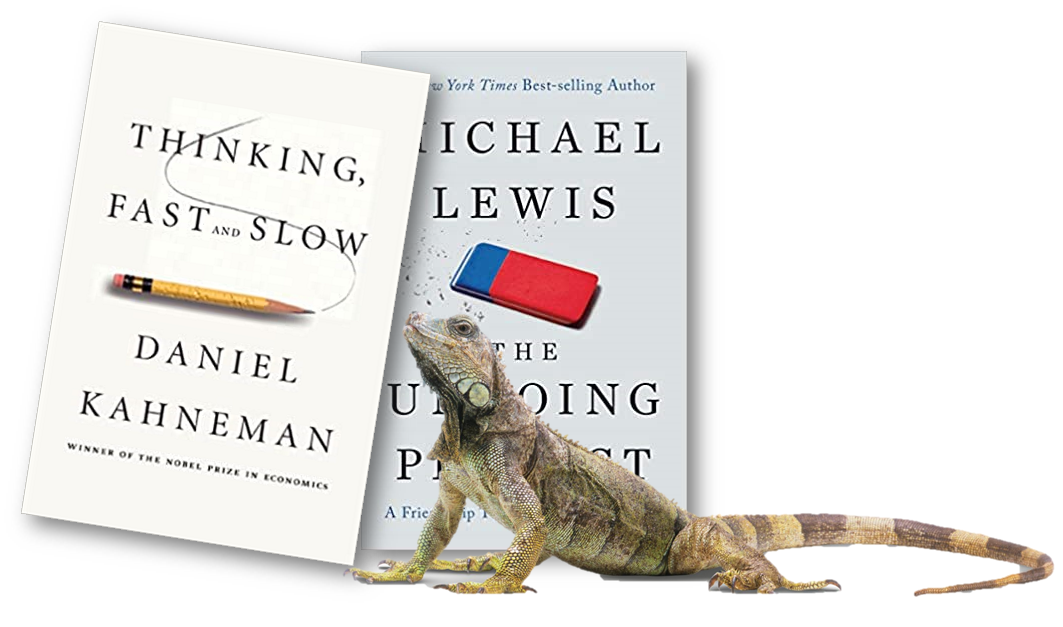 By Glen HellmanFebruary 8, 2022No Comments

Why do business leaders need an executive coach? Executive coaching keeps your brain honest. Got that? Your brain is constantly lying to you. Now I’m not just picking on you either because my brain lies to me too. Just the other day it told me what a great-looking guy I was, but that’s another story. Modern neuroscience proves that we make decisions with a part of our brain we share with reptiles… the so-called reptilian brain.

Is Your Company Managed By A Human or an Alligator?

Michael Lewis is the master of taking difficult complex concepts and turning them into highly-readable, engrossing stories. His new book, “The Undoing Project,” tells the story of two Israeli neuroscientists…  Daniel Kahneman and Amos Tversky documenting many of the ways the human brain lies to its human master. Daniel and Amos were pioneers of data-driven, scientific psychology. Kahneman’s book “Thinking Fast and Slow,” is the bible on neuroscience. You know the bible right? How many animals of each type did Moses take with him on the Ark?

How many of you caught what I just said? That I referred to Moses’s Ark and not Noah’s? Most of you missed that…. right? That’s because you were reading using your automatic, muscle-memory brain. You let your brain lie to you. It said nothing wrong here… keep going.

Had I said Thor…. you’re brain would have felt like something was wrong. Thor would have stuck out like a thor thumb. You would have gone back and double-checked. Why? Because 1) Thor is one syllable while Moses and Noah are two syllables and 2) Thor’s not a Judeo Christian bible character… now if you were a Viking you might have missed it because Thor was in your Norse Bible.  But he had one of those Viking Ships and could only fit a couple of pigs and dogs on his puny little Ark.

Want to Learn How The Brain Lies?

I recommend that you get a copy of the “Undoing Project.” This book makes it perfectly clear how humans make logical decisions, illogically. It helps explain the irrational traps we supposed rational beings fall into. If you’re really curious and want to delve into the mysteries of the human mind, read the heavier, weightier “Thinking Fast and Slow.”

Want To See How Executive Coaching Keeps Your Brain Honest?

If you’d like to see what it’s like to have a trained coach challenge your logic… try a complimentary coaching session. Bring a huge strategic challenge with you… tell me your proposed solution…and then let’s put it through thinking fast and slow litmus test. Let’s see if your solution is a Moses’s Ark or a Noah’s.  Schedule an online session here.