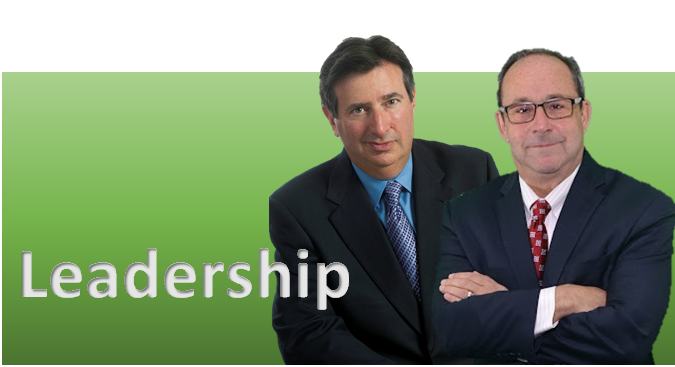 By Glen HellmanJanuary 28, 2022No Comments

I had the good fortune to sit down with Jonathon Abermen, Managing Director of Amplifier Ventures, to discuss leadership versus management. Below is the audio of the interview which was broadcast on April 27, 2018, on WFED, Fed Radio 1500.

Press the little play button to hear the interview:

Transcript of Leadership Versus Management Interview

ABERMAN: Glen, thanks for joining us.

HELLMAN: Thank you for having me.

ABERMAN: Leadership. I think a lot of people think they know what it is, but what is leadership?

HELLMAN: So, probably the best way to sum it up is the difference between leadership and management. Management is how you take care of two-year-old children or less. You put up gates, you give them systems, you protect them, but you don’t do anything that’s not under your control. Leadership is if you haven’t taken your 17-year-old and led them, when they’re out in the car alone, on a Friday night, at ten o’clock, you have failed. You can’t manage a 17-year-old when they’re not in your view. Leadership is creating an environment around your team where they behave the way you would want them to if you were there. Leadership scales, management fails.

Subscribe to the What’s Working in Washington podcast on iTunes.

ABERMAN: Interesting. So, using the analogy of parenting, it sounds to me that what you’re describing is that every founder imagines their business is going to grow, and every founder believes that, somehow, they’ll magically get a bunch of people to do the things that need to be done. What you’re telling me is that, when you’re founder, you may be able to do everything, for a little while. You may be able to tell people what to do, until you get to be about maybe six, seven, or eight people. But, beyond that, it’s impossible. You then have to get people to do what you want without telling them every day. So, what you’re saying is, leadership is the communication of what’s expected without micromanagement?

HELLMAN: That’s right. And the other thing is, it needs to be intentional. If you think about how you learn, for instance. Before you learn how to play guitar, you’re consciously incompetent, you know you don’t know. But then you start learning, and as you get better you become consciously competent. The danger in not practicing, not learning new techniques once you’re consciously competent is, little things drop out of your repertoire. You stop doing them, you forget about them, and over time, you become unconsciously incompetent.

This is why pilots have a checklist to land the plane, even though they’ve done it a thousand times. So that they don’t get into that danger. Intentional leadership is putting in a system, a checklist, that you work with every day, and not just doing things by gut, but actually being intentional, and being mindful of who you are, how you’re going to show up, and how you perform each day.

ABERMAN: That must be really interesting, to work with the client, because my experience being an entrepreneur, and also being a guitarist, is that a lot of what drives you is creativity. A lot of what drives you is being out on the edge. I mean, I don’t always know the next note I’m going to play before I play it in a solo, I don’t always know the next thing that’s going to come out of my mouth when I’m engaging in a sales call. But you’re telling me there are core competencies. How do you get your clients, and the people that you’re working with, to embrace this need for specificity and need for intentionality, against what, for many people, is seen as primarily a creative activity?

HELLMAN: So, I think just the process of being in it, if you take guitar lessons, having to meet with your instructor once a month gives you discipline and forces you out of this unintentional thing into being intentional. Meeting with a coach, who forces you to stop reacting to everything, but evaluate what took place in the prior month, and what should take place in the next month, and then holds you accountable next month—did you do those things—is where you get intentionality. It doesn’t remove creativity. It just drags you out of the weeds of being reactionary every day and forces you to work on the business instead of in.

ABERMAN: So, you’re describing, to me, the difference between being a coach and being a board member. Right?

HELLMAN: Yes, or—being a coach or being a mentor and/or advisor. If a client ever asks me, Glen, what would you do? My answer is, I could tell you what I’d do, and it would work if it were me. What’s important is to find out what they would do, and force them to come up with a plan. Because people execute better on plans they develop themselves.

ABERMAN: Give me an example, Glen, of some of the skills that you really think a good leader has to master, and perhaps an example that we might know here in town is somebody who’s mastered some of these skills.

HELLMAN: Okay, so, I would say probably the most important skill—there are traits that every great leader has. We look at leaders through history, there are traits that every leader has, and they’re all different, they all come from a different crayon box of eight different colors. I think there’s only one crayon that’s mandatory, and that’s courage. Courage shows up in the ability to not ignore what is happening, to not pretend that the company is going through a rocky period, and your people, your team, won’t know it. Not to pretend that bad things aren’t happening. To take action even when it’s not comfortable. Courage is probably the most important trait.

The things that you worry about, if you worry about something while you’re taking a shower a few days in a row, and haven’t done something about it, that’s not courage. So, I would say, addressing the elephant in the room is probably the most important thing. And if we look at what’s happening with Facebook right now, and Zuckerberg, he is dripping, moving slowly, evolving to, facing what’s at place. His stock would have done better, his credibility would have been better, had he just said, hey, I don’t really know how bad this thing is, we’re going to dig into it, and we’ve let you down, and it’s probably very bad.

ABERMAN: So, leadership, in effect, is not bravery, leadership is courage, and being willing to embrace the dark and horrible things, and to get after them right away.

HELLMAN: Yeah. The definition of courage, or bravery, is not the absence of fear, but taking action despite the fear. If you’re not afraid—

ABERMAN: If you’re not afraid, you’re not paying attention, is what I would say as a great founder and CEO. It sounds to me like a lot of this really, as much as anything, self-awareness. Well, Glen, I want to thank you very much for taking the time today, it was great having you.

ABERMAN: That was Glen Hellman, a rock-and-roll guitarist of note, but more importantly, founder of Driven Forward.

Are you a leader or a Manager? Want to discuss management style? Are you an intentional leader? Press the little red button down there to schedule a no-obligation, complimentary, online, leadership coaching session. Let’s talk leadership versus management.