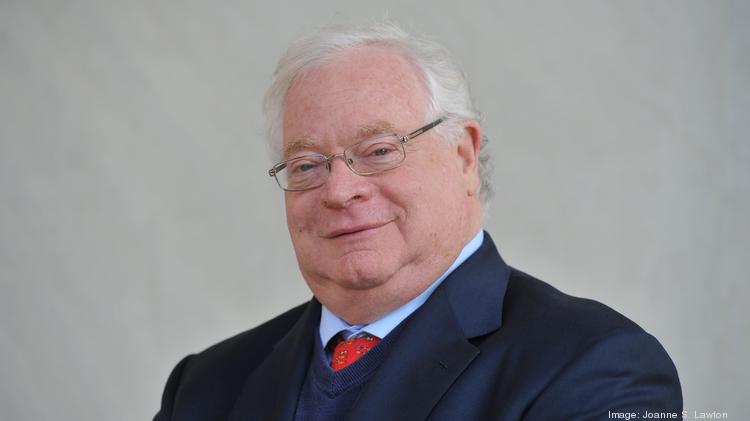 With sadness, I write about the passing of Art Marks. The Washington Business Journal wrote the following regarding Art’s passing:

“Marks, who died Tuesday at the age of 74, helped use his commitment to processes and operations to professionalize and scale a still wild venture capital industry when he joined NEA in 1984, said those who remember his work.

Frederick said Marks was “unique and opinionated,” an assessment backed by local executive coach Glen Hellman (also known as “Mr. Cranky”), who met Marks in 1988 when Hellman was a sales manager for Progress Software and Marks was on the board. Hellman later became vice president at Call Technologies and pitched Marks for an investment — which he did.

“He was a great board member, smart, insightful and gruff. He was the original Mr. Cranky,” Hellman said. “He knew his stuff, he was well connected, he was smart, arrogant, difficult to deal with and yet an incredible asset to D.C.”

Art passed away peacefully at his home on January 15th. He was born in Detroit, MI on October 1, 1944. Art is survived by his wife of 25 years, Nancy Casey and his children, Joshua, Michael, Samantha and Spencer. He was the caring brother of Gene, David (Camille), and Irene (Graham Bass), a beloved son of the late Theodore and Rose B. Marks.

Art received a Masters of Business Administration with high distinction (Baker Scholar) from the Harvard University Graduate School of Business, attended Stanford Law School and completed a Bachelor of Science in Industrial Engineering from the University of Michigan.

Art began his career at Baxter Labs working in marketing, sales and finance before joining General Electric (GE). Art was General Manager of the GE X-ray business where he formed a multi-billion dollar joint venture with Yokogawa. Art was Senior Vice President and President of Software Products Operations at GE Information Services.

Art joined New Enterprise Associates (NEA) as a General Partner where he was responsible for developing NEA’s technology practice and involved in over 60 portfolio companies. In 2000, Art founded Valhalla Partners as Managing General Partner. Art practiced venture capital for 35 years. He regarded entrepreneurs as modern-day heroes. Art mentored and developed management teams. Art served on numerous corporate boards and volunteered his time to many educational institutions, serving on the boards of University of Michigan Engineering School, Harvard Business School Board of Advisors, Stanford Law School and Venture Philanthropy Partners.

Art was the Chairman of the Mid-Atlantic Venture Association. Art had numerous passions including, fly fishing, photography, sailing, military history and gardening. He transformed his home into a paradise for birds, bees, butterflies and people. Family was of great importance to him. A memorial service will be held at 11:00am on Friday, January 18th at his home in Potomac MD. Funeral services will be handled by Sagel Bloomfield Danzansky Goldberg Funeral Care. The burial will be held at Garden of Remembrance in Clarksburg, MD. His family is sitting Shiva from 3:00pm until sunset. In lieu of flowers, the family asks that you make a donation to Project Healing Waters Fly Fishing. To send a memorial gift to the family of Arthur Marks please visit our Sympathy Store.

In 2000, Arthur founded Valhalla Partners, where he worked as the Managing General Partner and practiced venture capital for 35 years. He was known for his mentorship and strategic thinking, and was highly respected by entrepreneurs, whom he regarded as modern-day heroes. Arthur served on numerous corporate boards and volunteered his time to a variety of educational institutions, including the University of Michigan Engineering School, the Harvard Business School Board of Advisors, Stanford Law School, and Venture Philanthropy Partners. He was also the Chairman of the Mid-Atlantic Venture Association.